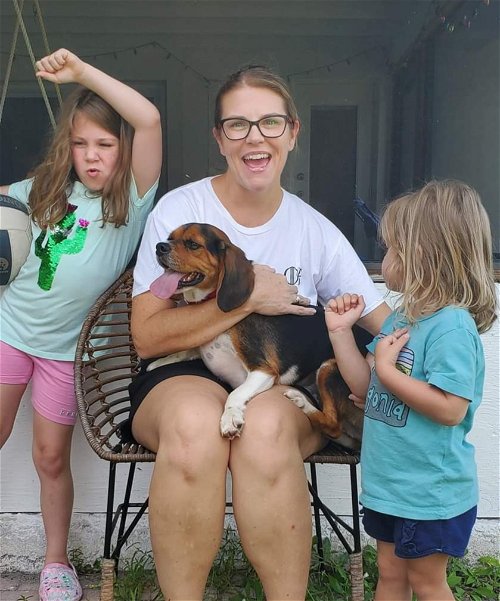 
UPDATE 8/12/22 The foster family has had Farley for just a day but say he is a real sweetheart. He loves being held and petted and would probably be fine as an only dog. He is friendly and affectionate with the parents and their children. He likes taking walks and does ok on leash. He saw some cats and barked at them but didn't go after them.


We were told that Farley is a Beaglier — a cross between a Beagle and Cavalier King Charles Spaniel. He is certainly incredibly good looking, that's for sure! Google says "the Beaglier is compact, energetic, and loyal and that these pups inherited some of the best qualities from both of their parents. Beaglier is also spelled Beagalier and Beagelier." Although Farley just arrived, we can already see that he is very friendly with humans and he's doing just fine with other dogs. We have a little more documentation to gather regarding his medical status but we are pretty sure he is up to date on everything. By the time Farley settles in to his foster home and we have really been able to assess his personality and temperament, we should have his documentation and he will be ready to go.

Other Pictures of Farley (click to see larger version):