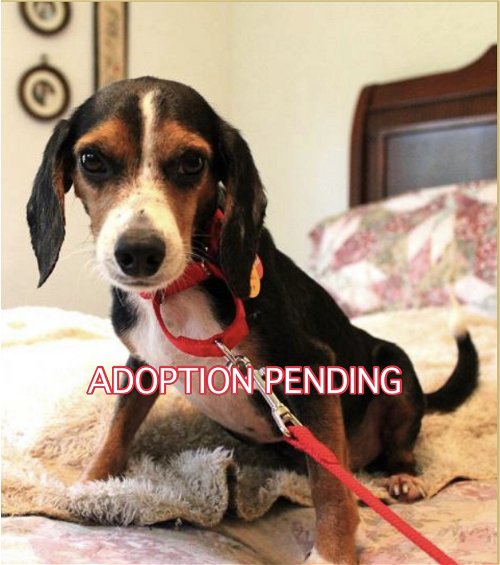 Brooks II has an adoption pending.

Teeny, tiny Brooks wants to be your sweetheart in a big way! He loves affection and readily responds to the prospect of a good ear or body scratch by leaning up against you. His adjustment to his foster home is going very well and he gets along great with other dogs and people. His foster mom works from home and says he is quiet and laid back and will just nap near to her while she is working. He is making good grades in housetraining and sleeps quietly in his crate at night and when she is gone from home.  Brooks tested positive for heartworms and is scheduled for treatment at the end of September. He also has a wonky back leg that we will be checking into - X rays should tell us what is going on. But nonetheless Brooks enjoys his leash walks and he also gets playful early evening. His foster mom says he will initiate a game of tag! He will sneak up to her and then run away really quick, wagging his tail and making sure she is watching him. She will pretend like she is going to chase him and Brooks plays along and zooms away. Then when she stops, he will sneak back up to her and then they do it all again. He is smart! Brooks loves stuffed toys especially squeaky ones and he takes good care of them - he's not a toy destroyer.  Brooks is sure to be a treasured family member.

Other Pictures of Brooks II (click to see larger version):