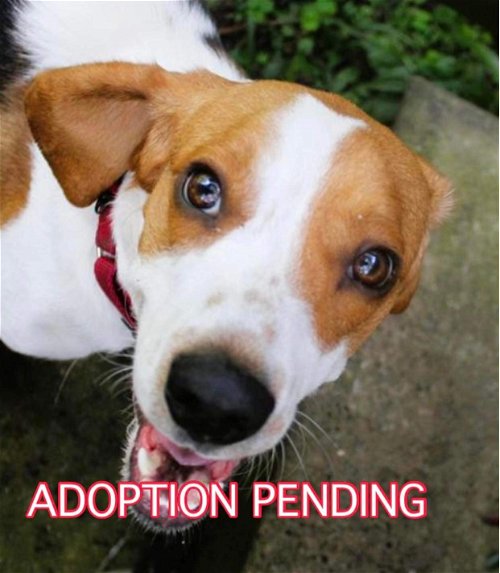 Flash II has an adoption pending.


Meet FLash II - a super friendly beagle boy with a great disposition!! Flash loves other dogs and appears to be very comfortable with dogs of all sizes and numbers. Playing with other dogs is really his "thing", so he has made a special request for a forever home with a canine brother or sister who loves to run and romp. People are great too - he is not shy with strangers and he loves affection. Unfortunately, Flash does not do well with cats.  He is a slightly larger beagle but he is not rough or clumsy. However, he would benefit from some basic training and that should be fairly easy to accomplish with patience and repetition as he is highy food motivated. His foster mom in Louisiana thought he may not have lived in a house before as he had to get used to things like television. Flash wasn't a fan of the crate at first either, but he progressed pretty well for the 2 weeks he was fostered there, and he also learned to use the dog door to go outside to potty. Flash did test positive for heartworms and is scheduled to be treated towards the end of November.

Other Pictures of Flash II (click to see larger version):